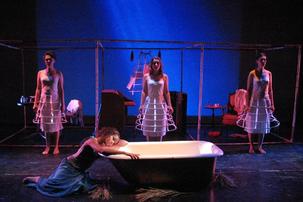 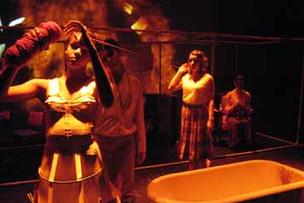 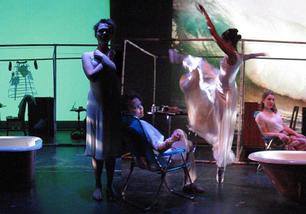 The Ophelia Project  was a contemporary and provocative piece of theatre that deals with difficult subject matter such as addiction, mental breakdown, and suicide. By bringing the words and lives of Anne Sexton, Sylvia Plath, and Virginia Woolf to life on stage is an homage to the tremendous challenges and accomplishments each writer faced, ultimately forging the path for women today, especially in the arts.  In the life of Virgina Woolf, being a woman writer in the Victorian era was practically unheard of and she fought resistance her entire life. Both Anne Sexton and Sylvia Plath faced similar societal pressures in the 1950s and 1960s. To be a woman and an artist in these times produced tremendous hardship, leading these women through cycles of depression, addiction, and eventually suicide. While the play deals with these difficult topics lived by these three writers, the message is ultimately about hope and inspiration. As Virginia Woolf poignantly wrote:

It would have been impossible, completely and entirely, for any woman to have written the plays of Shakespeare in the age of Shakespeare. Let me imagine, since the facts are so hard to come by, what would have happened had Shakespeare had a wonderfully gifted sister, called Judith, let us say. […] She died young – alas, she never wrote a word. She lies buried where the omnibuses now stop. […] Now my belief is that this poet who never wrote a word and was buried at the crossroads still lives. She lives in you and in me, and in many other women who are not here tonight, for they are washing up the dishes and putting the children to bed. But she lives; for great poets do not die; they are continuing presences; they need only the opportunity to walk among us in the flesh (A Room of One’s Own Virginia Woolf:113).

This piece is an homage to their struggles, their failures, their successes, and ultimately their incredibly rich and full creative, artistic lives as a way for us to reflect on our own lives, how far we have come and how much further we have to go.

**This production is not associated with the National Ophelia Project. Permission was granted by the Virginia Woolf Estate, the Anne Sexton Estate, and the Sylvia Plath Estate.

The haunting image of Ophelia, so young and beautiful floating amongst the willows in a glassy stream stirs the imagination. The proximity of beauty, madness, and suicide is fused in the archetypal character of Ophelia, the young beauty, driven from reason to madness and finally to suicide, escaping the maelstrom of the dark forces that surround her. Using the archetypal figure of Ophelia, The Ophelia Project excavates and unravels the delicate balance between women, madness, and suicide through a multimedia physical theatre investigation. Weaving a collection of poems, historical texts, and journal entries of renowned poets Anne Sexton, Sylvia Plath, and Virginia Woolf, who tragically took their own lives and wrote prolifically about the daily struggle and agony between life, death and madness, The Ophelia Project walks the tightrope between these realms, aiming to illuminate the poetry of being in-between: life and death, madness and reason. 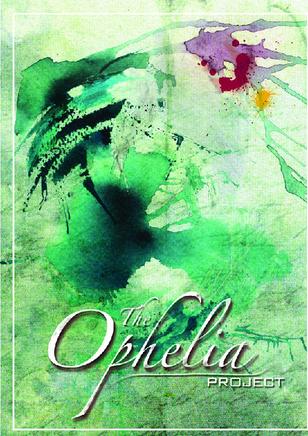 The Muse Trilogy: Part One

A POETIC PORTRAIT OF THE LIVES AND WRITING OF VIRGINIA WOOLF, ANNE SEXTON, AND SYLVIA PLATH.