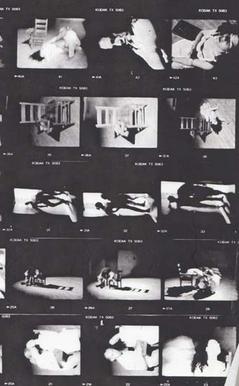 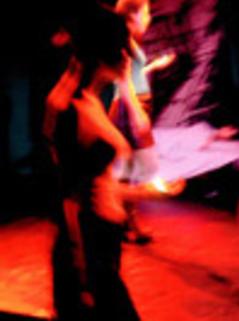 Directed and Conceived by Rachel Bowditch

“A yellow paper rose twisted on a wire hanger in the closet and even that imaginary, nothing but a little bit of hallucination.” (Ginsberg)

City of Bells was an exploration of the poetry of Allen Ginsberg through theatre, poetry, dance, music, and magic; a collage of “images juxtaposed.” The piece was largely inspired by a life-changing trip I took to New Orleans in 1996 with my friend Lea Bender. We took a 30-hour train trip from New York City to New Orleans and spent a week with voodoo witch doctors, transient characters Nomad, Magic, and Pan, recently released convicts, street performers of all stripes and junkies--all of them our age-- who lived far off the grid roaming the U.S. train hopping, going to Rainbow gatherings, sleeping on the streets and eating all their meals in soup kitchens. We spent a week immersed in their world--far from Bourbon Street--a week that profoundly changed both of our lives.

who poverty and tatters and hollow-eyed and high sat up smoking in the supernatural darkness of cold-water flats floating across the tops of cities contemplating jazz, --Howl, Ginsberg

America I've given you all and now I'm nothing.
America two dollars and twenty-seven cents January 17, 1956.
I can't stand my own mind.
America when will we end the human war? --America, Ginsberg

I needed a way to process my experience and that is when I encountered Howl--a poem that captures the world I had glimpsed. Unable to find a play that encapsulated what I needed to express, I realized I had to create my own. This was my first venture into devised performance--before I had even heard of the term. At the ripe age of 20, I wandered into completely unknown territory as I embarked on this journey with Allen Ginsberg's poems and a small cast of adventurous performers. We developed a cast of five characters that wove together three stories; Allen's relationship with his schizophrenic mother Naomi, his love affair with Peter, and the world of Howl that excavated the under-belly of America. We interspersed episodes with projected images of the people I met in New Orleans, bringing their stories to life and bringing their invisibility rendered by society into visibility. This became my Senior Thesis project. I remounted the production in New York City at HERE Performing Arts Center at the age of 22. It was my first New York production. City of Bells ignited my passion for devising and set the foundation for developing a devising methodology that I use to this day.

“Difficulties are not mastered by keeping silent about them.“ Brecht.

**Permissions were obtained from the Allen Ginsberg estate for the use of "Howl", "Kaddish" and other poems. 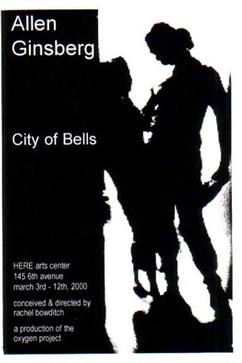 An Adaptation of the Poetry of Allen Ginsberg