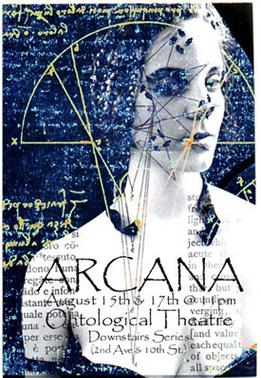 ​Conceived and Directed by Rachel Bowditch

An Original Devised work based on fragments of poetry, the arcana of memory and the drawings of Leonardo Da Vinci
The Downstairs Series Ontological-Hysteric Theatre, NYC August 2002
View on Mobile