Throughout the centuries, women like Margaret Sanger have fought for basic rights, like birth control and the right to choose. A Woman’s Place is a theatrical documentary that celebrates the battles and struggles that have helped define what a woman’s place is today. The text of A Woman’s Place is taken directly from letters, diaries, speeches, interviews, and writings of historical figures from Virginia Woolf to Margaret Sanger to Florence Nightingale, whose words made a significant impact on history. These voices weave a dynamic dialogue that spans different centuries across geo-political boundaries. 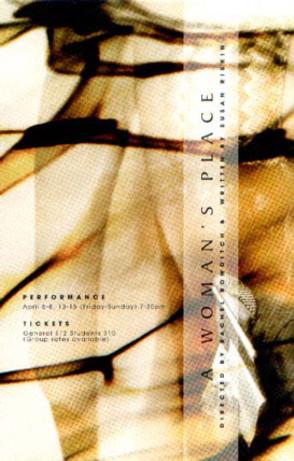